Before Pardubice Castle was built, its site was occupied by a fortress which was then transformed into a moated castle, but neither of these structures featured a large tower. The main building was the palace, where the north wing of the castle now stands. It was a later owner, Vilém of Pernštejn, who had a clock tower and fortified towers built in the north-east part of the castle complex, as well as another tower with a spiral staircase in the western part of the site – the structure that would later become today’s watchtower. This original west tower was only slightly taller than the castle’s north wing (thanks to its tall roof), and it was lower than the Jetmarka tower (since demolished) in the south-east wing.

It was only after the Pernštejns had sold the castle to the Royal Chamber in 1560 that it was redeveloped to reach approximately its present state. The building work was supervised by the architect Ulrico Aostalli de Sala. Both the watchtower and the clock tower of today’s castle were built at some time between 1580 and 1600. The towers were built in the High Renaissance style, featuring open brickwork and shared architectural elements such as the semicircular vaulted upper parts of the windows that can be seen on the top floor level of the watchtower (containing the viewing terrace) and immediately below the top level of the clock tower. The watchtower was intended to serve as the main landmark of the castle complex. As its name suggests, the tower was used by watchmen who monitored the surrounding area and warned of approaching dangers (such as the imminent arrival of enemy troops).

The view from the watchtower

Pardubice Castle was constructed on a mound of earth that was piled up at the site, so the watchtower was built at a higher elevation above sea level than the Green Gate, one of Pardubice’s historic landmarks and the city’s main tower outside the castle complex. Although the Green Gate tower (59 metres) is actually taller than the castle watchtower, its viewing terrace is lower than that of the watchtower.

In clear weather, the castle watchtower offers panoramic views of at least 20 km. To the north you can see the Kunětická Hora hill with its castle, the power plant at Opatovice nad Labem and the city of Hradec Králové. To the east you can look over Pardubice’s historic city centre, to the south is the district known as Zelené Předměstí (meaning the “green suburb”) and the Železné Hory hills, and to the west is the Polabiny district of Pardubice, the remains of the fishpond system around Lázně Bohdaneč, and the Chvaletice power plant.

The watchtower in figures 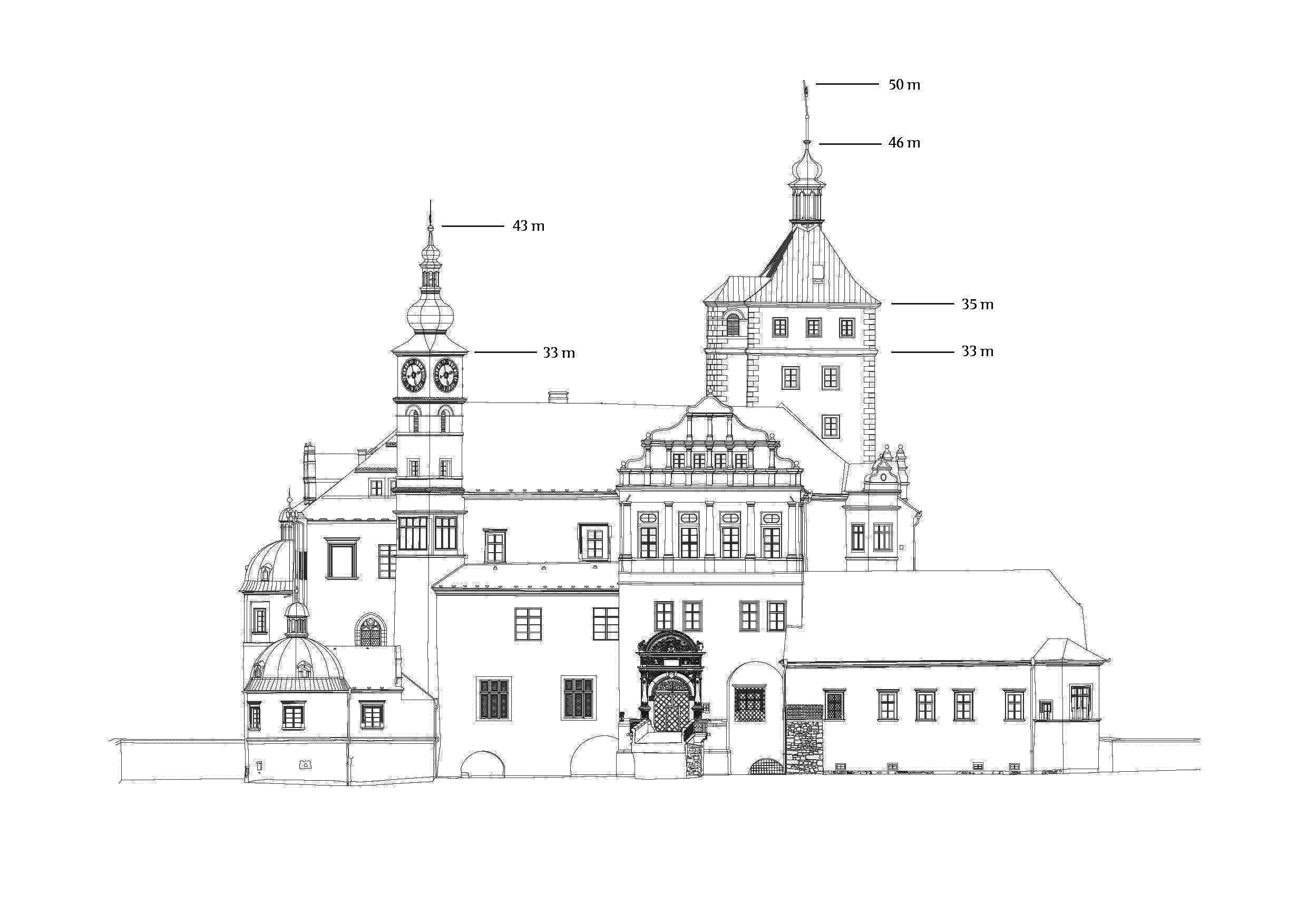