You can’t take your money to the grave

The newly created numismatic exhibition at the East Bohemia Museum in Pardubice draws on a long tradition in this field; the museum has been systematically building up a large collection of coins and medals since its foundation in 1880. Following a major reconstruction of Pardubice Castle lasting from 2018 to 2021, the numismatic exhibition is now located in the large basement areas under the castle’s north wing (below the main entrance portal).
The exhibition is divided into four separate parts, unified by the traditional Christian motif “You can’t take your money to the grave”. The unavoidably finite nature of our physical existence encourages us to think about the transience of material things and to seek permanent values which will continue to endure for a long time after our death. Here, the motif of death – which takes everything physical away from every single one of us – is inspired by a striking scene showing a money-lender who is trying in vain to protect his money from his approaching death. This is one of the scenes from an extensive cycle of woodcuts created by Hans Holbein the Younger (1498–1543) in 1526, depicting all the social groups of Holbein’s era. 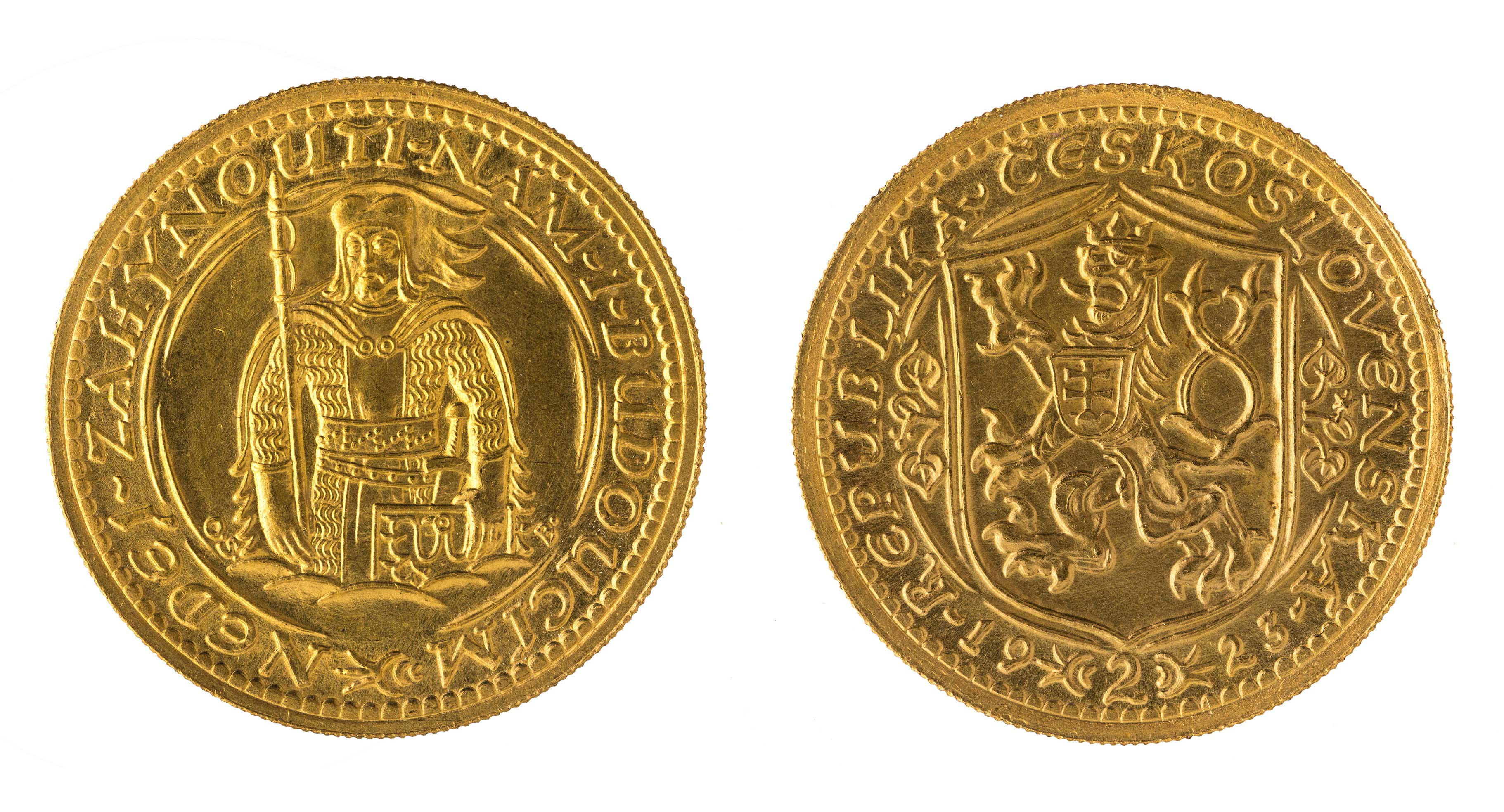 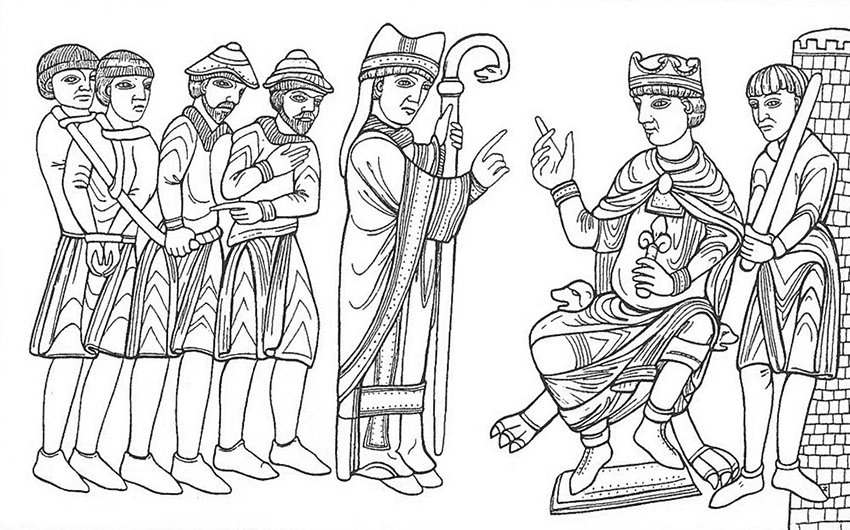 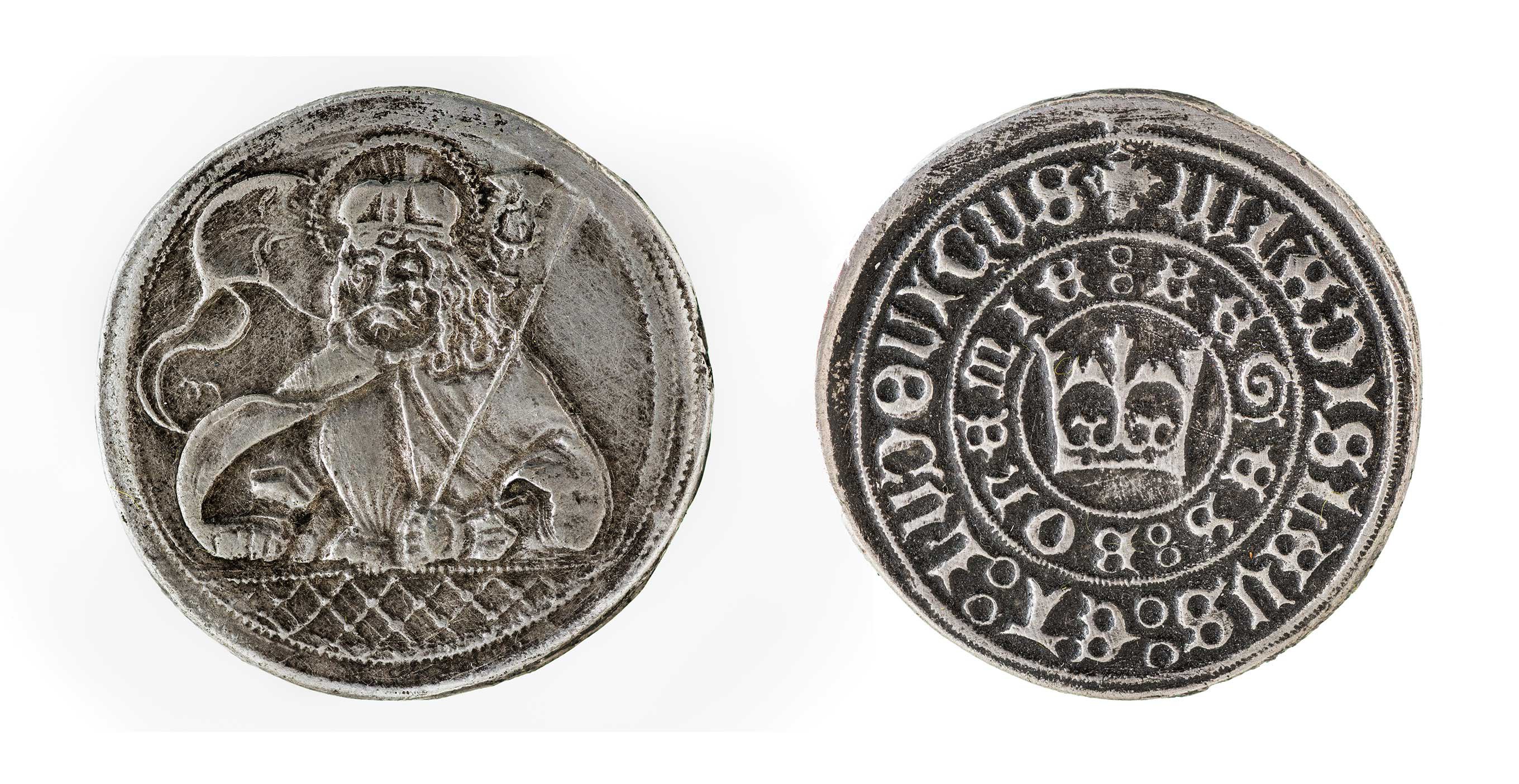 The first part of the exhibition presents the historical development of Czech coins from the earliest silver denarii (minted under the Přemyslid dynasty in the last third of the 10th century) to the coins and banknotes that are used in the Czech Republic today (Czech crowns). Your guide through the history of Czech money will be a historic yet timeless one – Saint Wenceslas (+935), the nation’s patron and a symbol of Czech statehood who has appeared on Czech coins from the Middle Ages to the present day.

THE ZDENĚK KOLÁŘSKÝ COLLECTION OF COINS AND MEDALS

The sculptor Zdeněk Kolářský (1931-2022) was one of the most prominent figures on the Czech art scene since the second half of the 20th century. This permanent numismatic exhibition presents his production of medals and coins, an oeuvre that has won him widespread acclaim throughout Europe and overseas. Kolářský’s work is firmly rooted in his native region of East Bohemia. The collection also includes his works dedicated to many major figures, institutions, towns and cities of the Pardubice region – including the University of Pardubice.

SILVER TREASURE FROM THE 10TH CENTURY

A presentation of the most important find of Bohemian coins from the late 10th century, discovered near Pardubice in 2015. Almost 1 700 silver denarii (mainly minted in Prague and Vyšehrad during the reign of Prince Boleslav II) were hidden inside a pottery vessel at the end of the 10th century. The treasure is unique not only in its size, but also in its composition. It represents an important new source of knowledge and insights into the early beginnings of Bohemian coin production and its role in the wider European currency system at the time.

THE HISTORY OF DOLLAR: FROM the SILVER czech thaler to the worldwide dollar

The core of this new exhibition is devoted to the history of dollar currencies, tracing their evolution from the origin of the word (derived from Bohemian “thalers”, minted in Jáchymov from 1520 onwards) to the present day. It explains the complex history of dollar currencies in early modern Europe and describes how the name was adopted in America during the 18th century, later spreading to various countries on different continents.